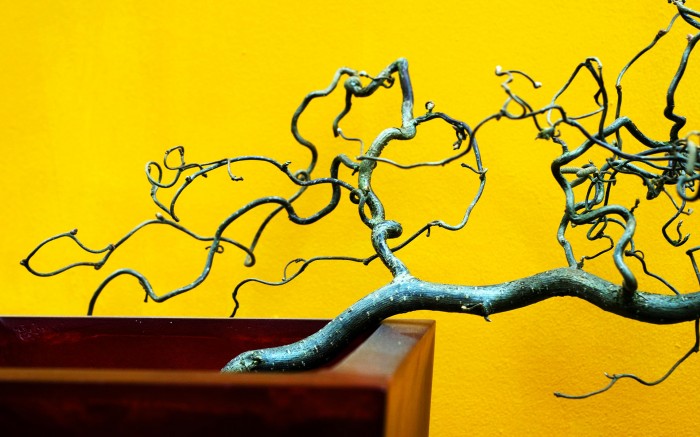 There are many reasons why less stuff is better.

But there are also lots of reasons why we have our stuff. And those reasons don’t make us bad people.

It’s like something inside me could now trust that I wasn’t going to take a shovel to my stuff (something my father used to threaten when my room was especially messy).

Without the edge of fear, the natural inspiration to have a clear, clean house emerged. I felt a relaxed ease about letting go of the items I was truly ready to release. And there was no more internal battle if I felt like I wanted to keep something: I was allowed to.

What changed? I accepted that I have attachments to stuff.

Before: Look at a shelf of books. Feel guilty that I haven’t read them all. Feel bad that I don’t want to give them away. Fight with myself: “You haven’t read it! But I want to keep it! You’re just attached to this item that you will never use, what’s wrong with you! What if I need it in the future?!”.  Stress and fret until I get so frustrated that I go do something else. All the books still on the shelf.

Or: get rid of books in a fit of determination. Buy some of them back a few years later, and feel EXTRA-guilty when I still haven’t read them.

Now: Look at a shelf of books. Pick out the ones I’m actually ready to let go of. Put them in a box to leave the house (Goodwill, Powells, etc). While I’m taking the box to the car, see a few I still want to keep and take them back out. And then the box goes. And I remind myself: It’s OK to still be attached to the books I kept. It’s OK to do this a little at a time. It’s OK to let go of what I’m really ready to let go of, and not try to force myself past any resistance.

The rules say, “Don’t take anything back out of the get-rid-of box after it’s in it.”

“Don’t keep anything you don’t love or aren’t using”.

“Toss any book you haven’t read in the last year.”

DUDE. I can’t follow those rules. I just shut down.

Our stuff is DEAR to us. We are ATTACHED to it. Being strict with yourself is not necessary.

Look around at your stuff and appreciate how much vitality and creativity you have, and how your stuff is part of that.

I have a lot of books, and art supplies, and stuff leftover from projects. These are evidence of my path through life, and all the things I’ve been interested in and experimented with. They aren’t bad. They are good. I don’t need to be ruthless and rid myself of them. I need to be appreciative, and just prune what I no longer need.

Before, I would read about decluttering, set some resolution-like goals (i.e. unrealistic and motivated by comparison rather than inspiration), go crazy with it for awhile, and then abandon the project altogether as guilt and frustration took over.

Now I am slowly going through my stuff, organizing and letting go of things, and I’m not stressed or unrealistic about it. It feels good.

And I can now finally read blogs like mnmlist and feel inspired instead of feeling bad about my not-entirely-streamlined existence.

Decluttering is a practice of relaxing attachments; forcing is counter-productive.

Letting go of stuff = letting go of attachments. This is something best done slowly, gently, and with a lot of permission to hang on until you are truly ready to let go.

When we force ourselves, it creates resistance and an atmosphere of fear. This just makes it harder to let go.

Over time, as you let go of the easy stuff, you’ll create a positive feedback loop around letting go. You will naturally relax more and feel OK about letting go of more things. And you’ll develop a habit of understanding your internal sense of when it’s right to let something go. This will create an internal clarity and trust which makes the whole process go smoother.

So forget the ideals and the rules. Accept your attachments. Focus on letting go of what you are ready to, and organize the rest so it is easier to access.

What has your experience been with decluttering?

Have you tried too hard to be a Zen Master or some other ideal of clean/clear/minimalist/perfect?

What helps you move from guilt and feeling bad to inspiration and forward motion?